My lean mass journey (and oh yeah, fat loss along the way) 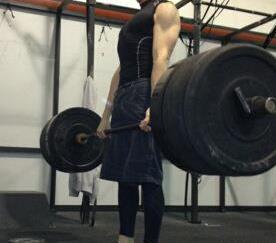 Like most people when I first started working out “for real” I experienced good muscle gain.  According to BodPod figures I went from 124 pounds of lean mass to 131 in 3 months.  Then after surgery and some extreme dieting to keep from getting fat I lost a lot of that muscle I “supposedly” had gained.  EGAD! Lost muscle, what the hell.  The problem with this whole “lost muscle” phenomenon is that you aren’t really losing muscle or muscle tissue in most instances.  Whether you are low carbing or just taking a conscious approach to your calories you are effectively decreasing inflammation levels in your body.  The body is indiscriminate here, it doesn’t care if that inflammation is around your organs or in your muscles, it basically wrings you out like a wet towel.  By the way I wish I knew all of this back then but you only really know what you know when you know it.  I can also assume I will know other things later on that will help me greatly that I don’t know now.  After getting under 20% which was a monster goal for me I decided to gain some muscle, so I started to drink a lot of milk.  I really didn’t get substantially stronger doing that but I wouldn’t say I was getting the best coaching at that time either.  I did however gain fat and went up over 20% again.  So I pushed the panic button and it was the best thing that ever happened to me and my muscle.

I was deadlifting and squatting using a Smith Machine and I never did either heavier than my body weight which was around 160 at the time.

First let me say that I used two facilities, the first three readings were from a separate facility before I decided to start using the University of Minnesota (the first seemed a bit unprofessional).  For the most part I would highly advise not to do this but in this instance the readings do seem to fit.  It also should be noted that by the time I got up the gumption to test my body fat I was 31.4%, this was after I had lost 30 pounds.  My workouts (the six months before Crossfit) consisted of a lot of high intensity cardio and towards the end I was dabbling with weights.  Mostly it was body weight type stuff and long intense cardio sessions at a very high heart rate.

Switched facilities at this point

Basically the day I walked into Crossfit I had 128 pounds of muscle.  Within 6 months I had 136 pounds of muscle.  So the net was plus 8 but that isn’t the real story, the real story is that I dropped 12 pounds as well.  Once again if I could do it all over again I think I would have stayed at 160 knowing what I know now but back then body fat loss was a big driver for me.  If I hadn’t been so cautious about the way I was eating I might have gotten to my lean body mass goals a lot faster.  Live and learn.

One year into Crossfit my lean muscle mass went to 141 but I had to go to a weight of 167 to get there.  Pretty much every strength number went through the roof.  Personally I think there are a lot of people walking around at plus 20% body fat that think they are sub 10 and for those people 15% probably seems like a death sentence.  That is about where I have been for close to a year and I feel like the best version of myself ever.

Let me stop here, when I BodPod I do it fasted in the AM, so when I say I was 167 I wasn’t walking around at 167 I was more likely at 170 most of the time.  This was right around the time I deadlifted 405 for the first time and did 415 shortly thereafter.  For any moron that says, “yeah, but you had to get fat to do so” is LOL to me.  The average NFL quarterback is about 15%.  So I think I am fine.  Remember I really started this journey at about 215 pounds at some body fat % I wouldn’t have wanted to know.  So yeah, I know what fat is and 15% ain’t fat.

Let me also say that I did get under 150 but the BodPod facility I normally used wasn’t available.  So I am just running with the numbers that are consistent.  My goal with getting under 150 was simply to get under 10% for the first time and I did that.  As you can see that lasted all of two days.  I never wanted to be that small but in the end I was I glad I did it.  I was weaker than I wanted to be and from that point forward my goal was to get strong without adding massive amounts of fat.

Back to the timeline

A couple of things I learned along the way

Weight loss is mostly water loss that looks like muscle loss but there are many instances I could point to on this timeline where I got stronger and my muscle mass went down.  So strength and muscle density can go up while mass is ultimately going down.  Also early on you can see that I made mad gains with my fat loss related to losing body weight but around 20% I stalled hard.  At that point what got me lower was gaining mass.  I have had the pleasure of watching many people progress using Crossfit and actual data, if I had started Crossfit at 31.4% I would have been better off down the road but it only took me 6 months to get on that path in the first place.  There is also that unknown time where I can only assume I was over 40% body fat.  I wish like hell that was recorded but maybe I don’t get to where I am today knowing that.  To go from 215 to 182 was basically just quit eating like a moron but it should be noted I was working out that whole year.  So what looks like a 2.5 year journey is actually closer to 3.5 years.

Also let me say this wasn’t my first rodeo, I got down to 175 in 2007 only to rebound up to 215.  That was heartbreaking.  The difference between then and now could be defined simply with one sentence.  “Well this is what I definitely won’t do to lose weight”.  I was following the standard advice of eating less and tearing down tissue.  The big “a ha” moment for me came when I realized I could simply research and experiment to learn what works best for me.  I have said it a million times since then “I was just too smart to be fat”.  Learning why things work changed my life forever.

I sat down to write the story of why I know I can get stronger without adding substantially more muscle but it felt incomplete without how the journey started.  I took all of the data I have provided in this article and made many changes to my training and eating routine.  Currently I am the best version of myself.  I recently deadlifted 405 x 8 which is amazing when you think only 2 years ago I couldn’t deadlift my own bodyweight.  I love the way I look with my clothes off but I can’t say I ever hated it.  My story wasn’t one of low self esteem, I ate for joy quite a bit but I still do.  The amount of food I eat hasn’t changed much, if anything it’s more but I have changed what I eat.  Most of what I eat adds to my overall goals and also provides me enjoyment.

One extremely fair criticism of my approach is that it isn’t a hypertrophy approach.  Mostly I lift to get strong and get better at Crossfit.  If I was doing isolation reps for size my results would probably be a lot different and I might have more muscle size.  That approach didn’t interest me then and doesn’t now but I respect the people that take that path.  In no way am I saying that what I do is the best approach but it is the best approach for me.